The Rotunda features a cove ceiling topped by a double, 42 ft. skylight rising above the floor. The skylight not only acted as a natural light source but was essential in the original 19th century ventilation system. LeGrand Lockwood, a great patron of the arts, used the Rotunda to display his collection of paintings and statuary.

The most notable item in his collection was Albert Bierstadt’s Domes of the Yosemite, which he reportedly commissioned for $25,000 of the day. After Lockwood’s death in 1872, the painting was purchased at auction by Horace Fairbanks on behalf of the St. Johnsbury Athenaeum to add to their collection, where it remains to this day. The Rotunda originally contained four leather-upholstered, carved and inlaid walnut settees by the Herter Brothers. Each settee featured a different motif, illustrating the passions and interests of the Lockwoods. The settee also incorporated many of the decorative designs found throughout the Mansion, making them fully customized to the house. Of the four settees, two–representing Music and Art & Architecture–returned to the Mansion through generous donations. 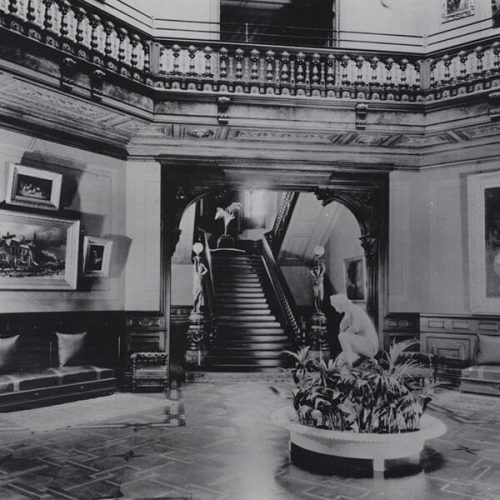 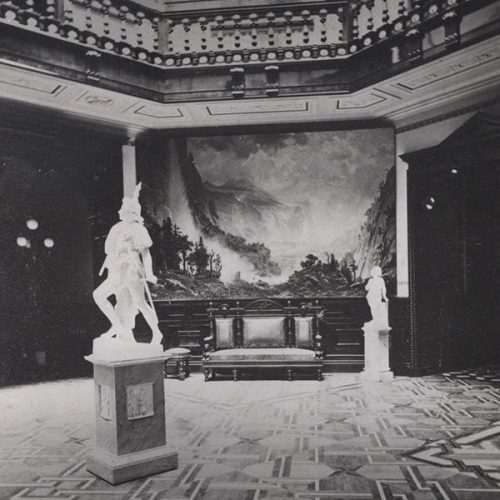 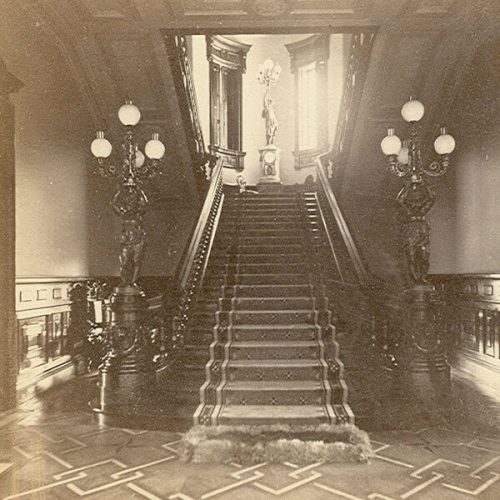 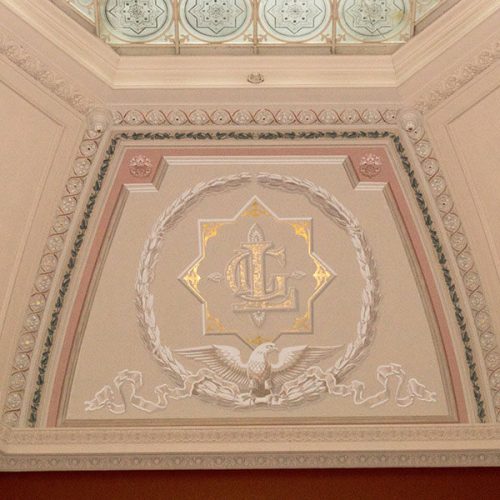 Originally, the walls and cove ceiling were painted in a neutral tone with highlights of lavender, rose, and gold. When the Mathews purchased the property in the 1870s, they painted the room a deep red, which is similar to the shade seen today, bordered with a gold Greek key pattern. The ceiling has been returned to its original color, with the panel on the east wall restored to display Lockwood’s monogram entwined within an eight-pointed star. Originally, the monogram of Ann Louisa, LeGrand Lockwood’s wife, was displayed directly opposite.

The Grand Staircase was also designed and furnished by the Herter Brothers and dominates the North side of the Rotunda. Rising from the first floor in a single flight to a landing, the imperial staircase divides and then continues as two stairways to the gallery above. Made primarily of black walnut, the staircase is a tour de force of craftsmanship, from the carved and inlaid newel posts with lion heads and garlands to rails and balusters inlaid with boxwood in a Greek key and palmette pattern. This magnificent staircase was reputed originally to have cost $50,000 to construct. The light fixtures currently seen at the foot of the staircase date from the Mathews era and were originally gas before being converted to electric by the family. 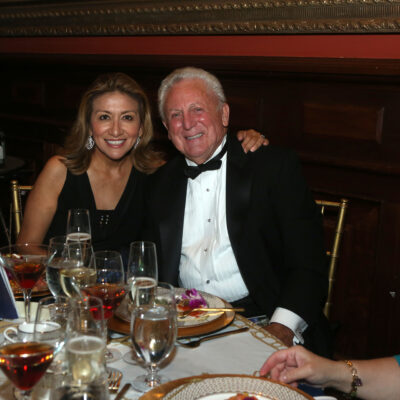 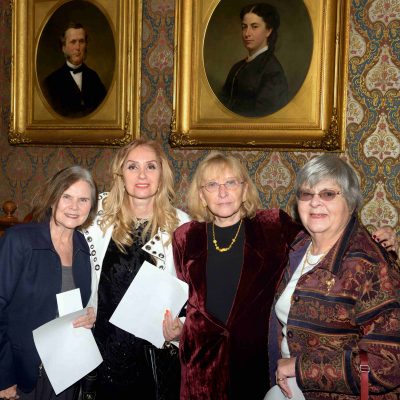 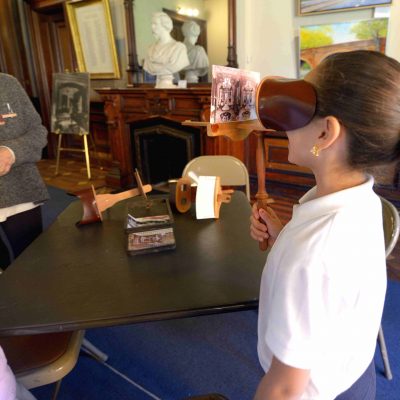 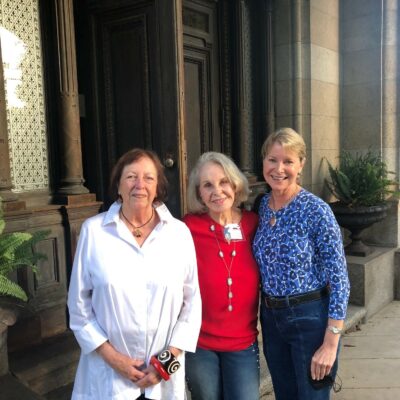 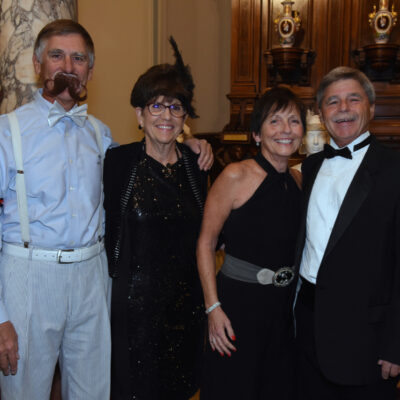 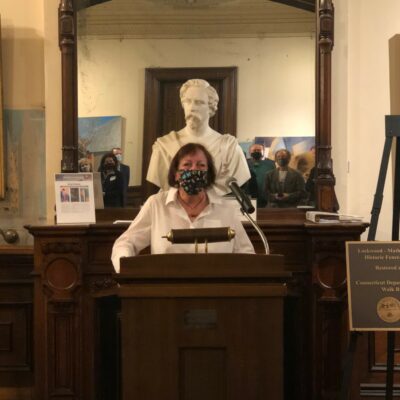 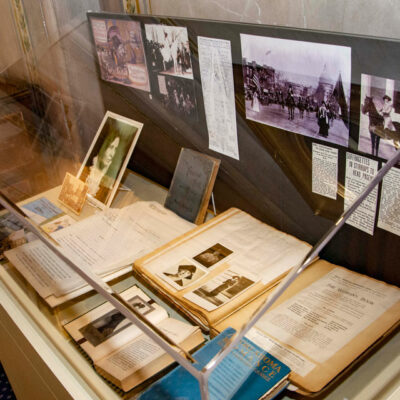 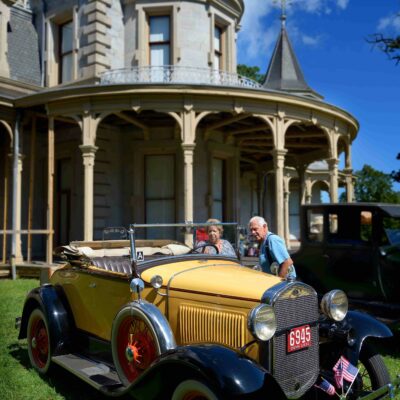 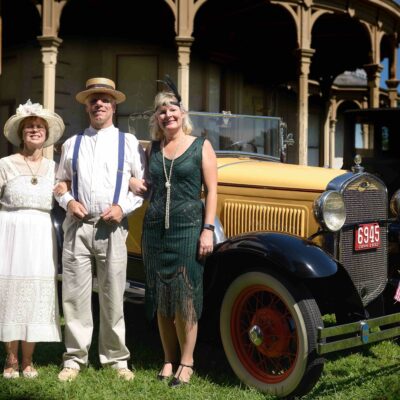 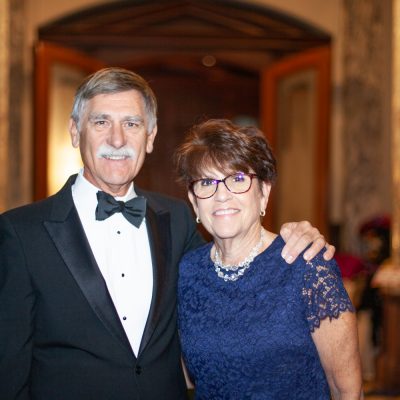 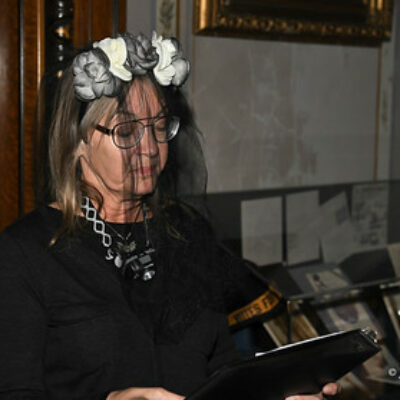 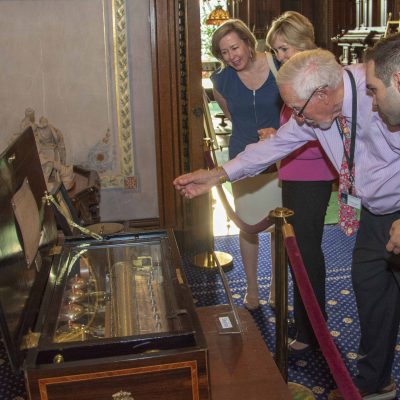 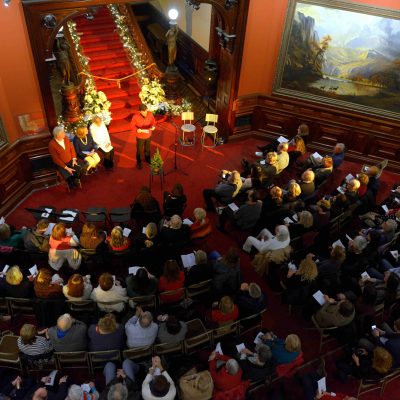 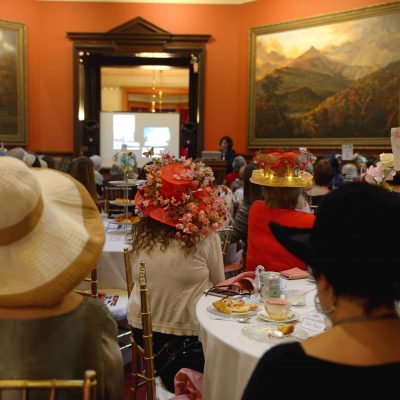 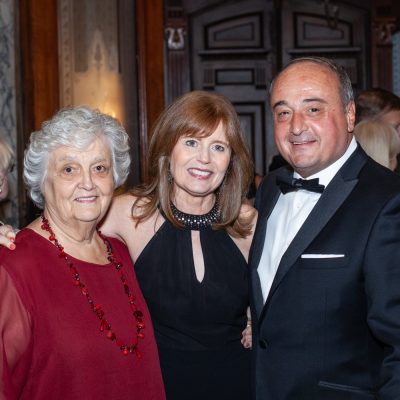 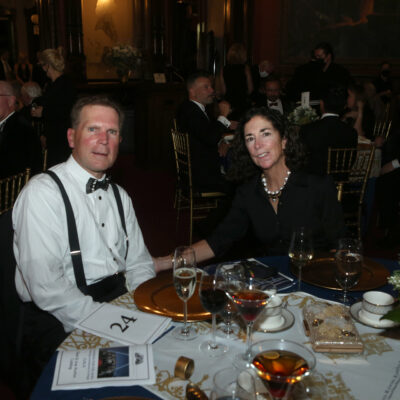 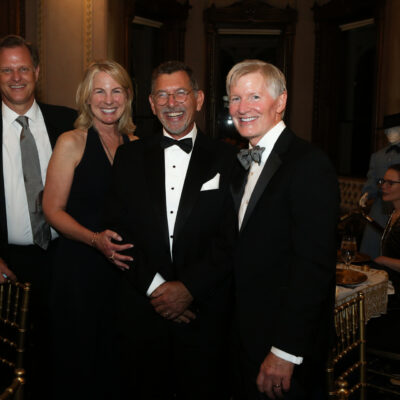 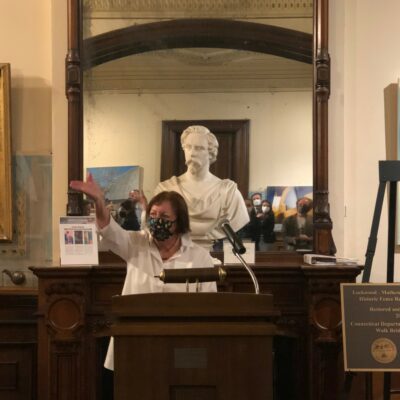 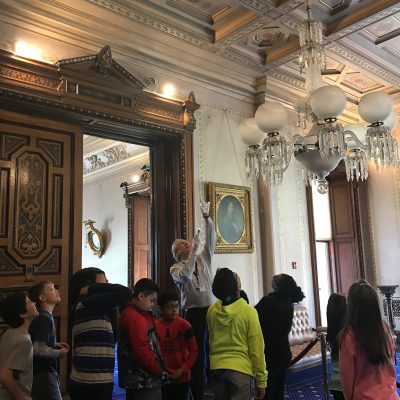 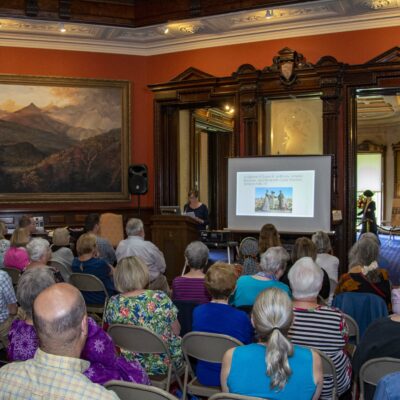 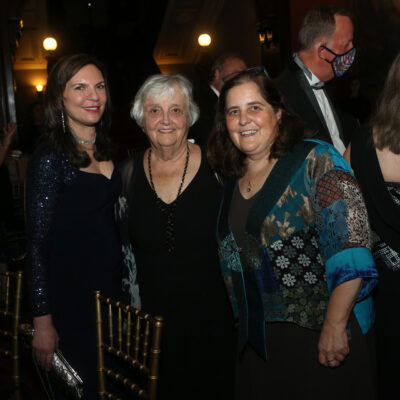